In combination with your subscription to NEN Connect, you can use the Legislation and Regulations module to see which standards are referred to in various decrees and regulations. You can see whether these are dated or not and also navigate to the relevant regulation or decision. This makes it easier for you to determine the context with regard to the application of the standard.

In cooperation with KOOP, NEN has established a link between lido.nl / wetten.overheid.nl, and NEN Connect.

In this way, users are better informed about the status of a standard, even if it has been withdrawn. After all, standards with the status "withdrawn" may still be appropriate in legislation.

The module has been expanded with a Beta. From 2 June 2022, the Legislation and Regulations module will show whether a standard is referred to in EU legislation. Please note: these are only the non-harmonised regulations. In NEN Connect there will be a direct link to the specific regulation. The source for this is EUR-Lex. References to standards in the harmonized regulations will follow early next year.

Also a link with the Machinery Directive | Machinery Ordenance

In Europe, standards have been developed and published by CEN. The standards that have been specifically created for the purpose of elaborating requirements from the Machinery Directive are, after publication by CEN, presented to the European Commission with the request to include these standards in the OJEU (Official Journal of the European Union). After inclusion in the OJEU, there are harmonized standards. This means that these harmonized standards give a presumption of conformity with requirements from the Machinery Directive (or another European Directive or European Regulation).

Would you like to know more about the Machinery Directive? Go to www.nen.nl 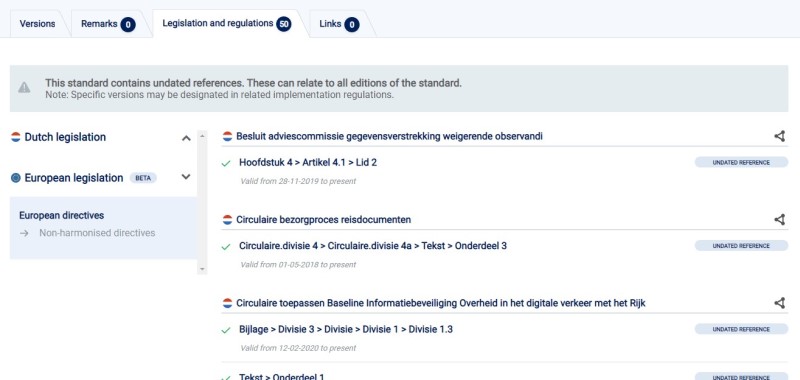 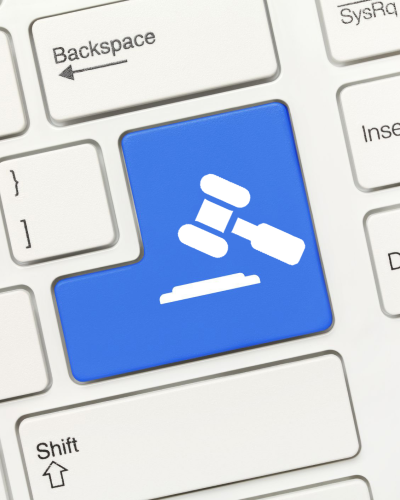 Which standards are referenced?

With the help of the hammer-icon in the search results and standard overview page you can easily identify which standards from the Core assortment are referenced in the law and regulations.